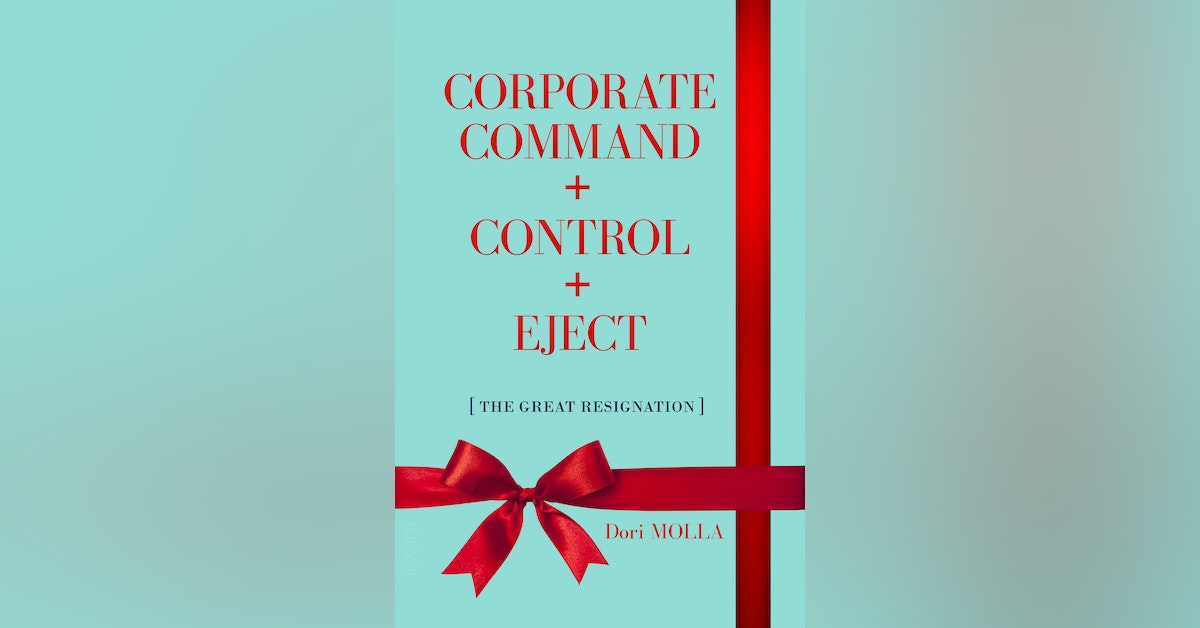 PURCHASE the book at:

Let your demeanor be always marked by modesty and simplicity; as soon as you become forward ... you have lost  your greatest charm of manner. You  must also be perfectly good-natured and self-sacrificing; ready to play  the smallest parts with the same interest you would throw into the  principal ones. Try to throw out all the good points in the parts taken  by the other members of the company. If you play  an insignificant part, play it well, with all the grace you can, make  the most of it, but do not try to raise it to the first place. Yield  gracefully the prominent position to those who claim it in the plot of  the play, and never try ... to  go beyond the position set down for you.

Florence Hartley advice from The Ladies' Book of Etiquette and Manual of  Politeness promoted as a Complete Handbook for the Use of The Lady in  Polite Society in 1860 should not be the corporate handbook in 2022,  should it?

Corporate  Command + Control + Eject is a depiction of the stark  differences between publicized corporate initiatives and stern internal  borders defining a woman's place as limited and fixed.

Dori Molla came to NYC as a 17-year-old on a Greyhound bus from a  blue-collar New England town forgotten and ignored by elite circles. A  year earlier she graduated high school as a straight A student in a  small town in the Midwest.  At 16, she had escaped a  country broken apart by armed conflict. Her parents sacrificed a lot to  give Dori a lifeline in the USA. She was an alien - a legal immigrant  waiting for a green card - for nine years. During that time, Dori  attended Hudson Community College in Jersey City  studying computer science. She graduated with a bachelor degree from  Hunter College. Later Dori earned a master degree from the New School.  She enjoys reading Voltaire in French; Umberto Eco in Italian and Ismail  Kadare in Albanian. Toni Morrison is one of  her idols. The little girl who grew up during times of food shortages  and black markets of forbidden literary works is a busy mom raising her  children with her partner between Brooklyn and the Berkshires.

Dori Molla is mostly known across North America for her two decades of  experience in the art scene mostly focused on music making endeavors.