Out And Back With Hillary Allen 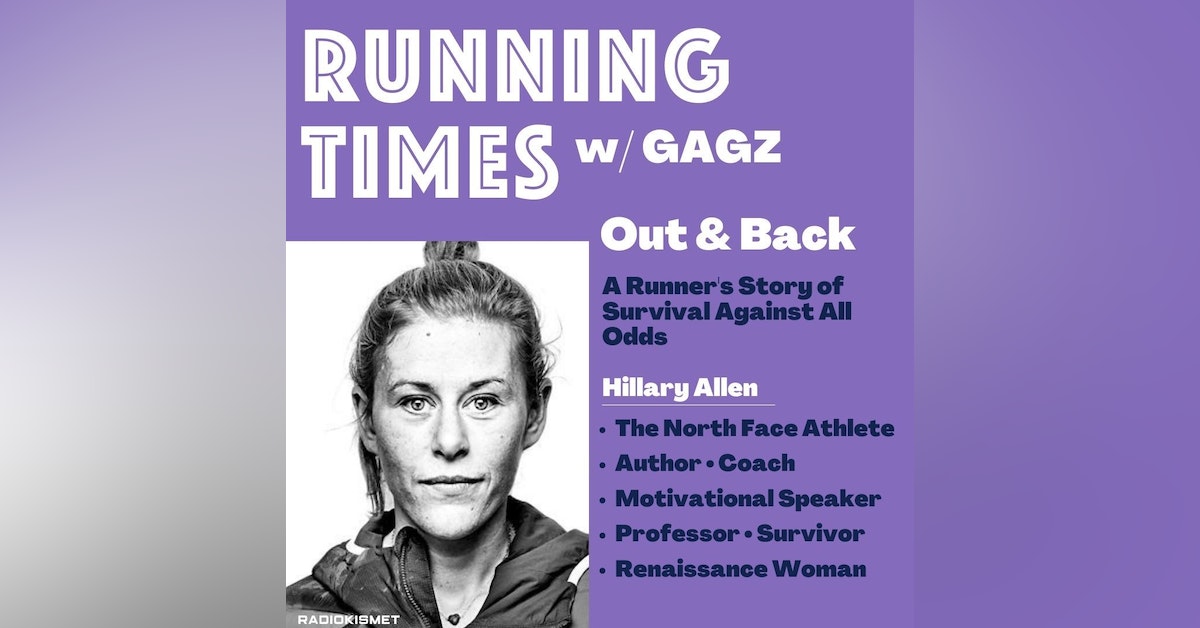 A Runner's Story Of Survival Against All Odds

On this episode of RTWG, Gagz connects with The North Face Endurance Running Athlete, Hillary Allen, to discuss her new book, Out and Back: A Runner’s Story of Survival Against All Odds. Hillary is a fierce competitor with an infectious personality and an indomitable will who beat the odds to run again.This powerful, raw, and relatable conversation makes clear that the road to recovery is a personal journey that is anything but linear. Hillary holds nothing back as she explains how she used the healing power of positive thinking, community, and a well-balanced life to reset and rebuild both mind and body after her death defying accident.

In 2017, Hillary Allen was ranked first in the prestigious Skyrunning World Series. She was enjoying a season of trail races in Europe while on summer break from her job as a college science professor. But during the last race of the summer, the Hamperokken Sky Race in Norway, Hillary fell off a steep rocky ridge. She fell 150 feet, bouncing off the mountain on the way to what she believed was her death. She was airlifted to a hospital with two broken arms, two broken vertebrae in her back, two broken ribs, a popped ligament in her right foot, multiple severe lacerations and a sprained left ankle. Ten days and two surgeries later, Hillary flew home and underwent three more surgeries in Colorado. She was told she might never run again.

To learn more about Hillary, and all the exciting ways you can connect with her, be sure to visit: www.hillaryallen.com