010: From Office to Film and TV with Romy Rosemont 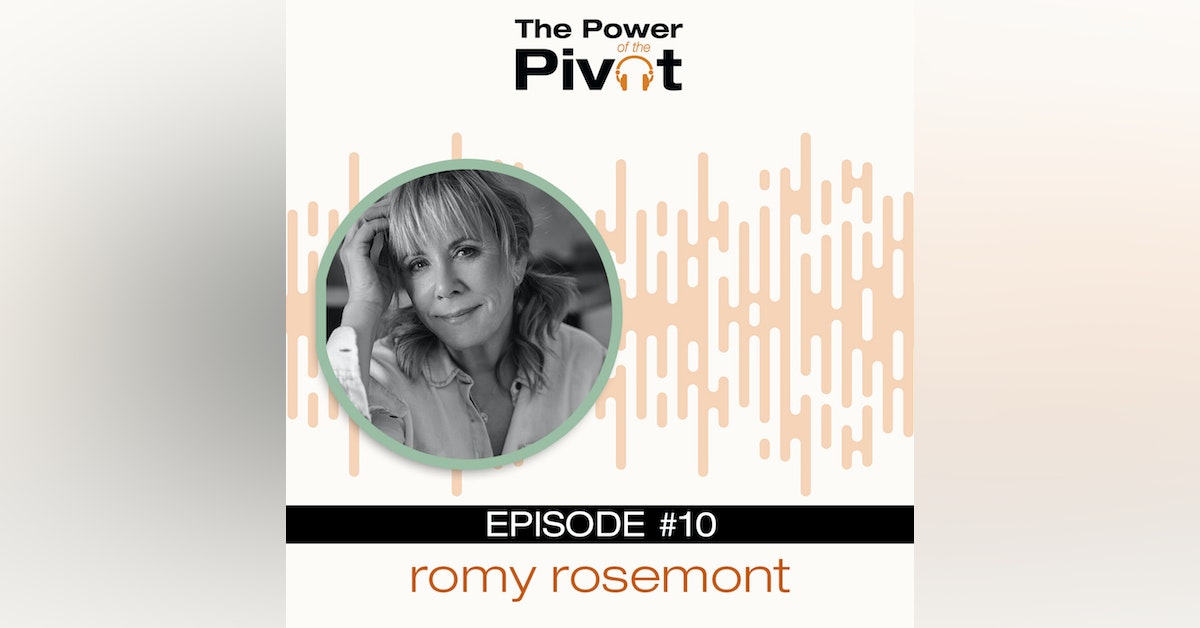 When you’re exposed to the showbiz industry at a very young age, your life seems to be heading that way. It isn’t the case for actor Romy Rosemont.

Her father was a show producer which contributed to all she has known about the entertainment industry. At around 10 years old, she already knew that she wanted to be an actress because she wanted people to make people laugh, cry, and feel things. But before she landed a role on the small screen, she jumped from different jobs: a waitress and then an executive assistant.

In this episode, Romy gives a glimpse of her early life as a student at Northwestern University starring on improv shows which she eventually directed in her senior year, how she wanted to pursue theater, and how these experiences influenced her acting skills. Being cast as a recurring character on Glee as Finn Hudson (Corey Monteith)’s mom, she looks back on some important realizations she had with the role. She also gives some life advice on how to balance passion and work, the wonders of surrounding yourself with good people, and how to find your voice especially in situations you don’t have control of.

More importantly, Romy talks about her advocacy on SAG-AFTRA, the acronym for Screen Actors Guild - American Federation of Television and Radio Artists, and why she wants to run for a position, get involved, and be elected as a part of the local board.

[21:30] When you are that successful in the industry now, so much is asked of you. And if you really want to use your power for good, it’s best to have someone to help you organize that.

[25:07] Here’s also a gift: you surround yourself with the most amazing people.

[26:25] I’ve found that, especially in the pandemic, is that I find myself more authentic with people that I just started “dating”, it’s because you get to be who you are now, and then you get to share your history, and you share all of the stuff.

[40:55] What happens is that you are constantly reminded that you can be replaced. It’s like everyone is dispensable. And as an actor, that’s really heart-wrenching. We’re the biggest creative people. And what happens is that only 21% of actors voted last time.

[49:39] I think that those closest to me know that in good times and bad, and kind of especially in bad, that I have their back, that they can exhale from time to time.

Check out Romy Rosemont’s fun food videos and photos of her new pup Archie, a rescue dog from Tobies Small Dog Rescue, on her Instagram and other life updates on her Twitter.  Watch Romy on YouTube with the Bitter Party.

Get to know more about Screen Actors Guild - American Federation of Television and Radio Artists (SAG-AFTRA), their advocacies, and activities on their website. Don’t forget to vote if you’re a member of the organization, and if you aren’t, sign up now.