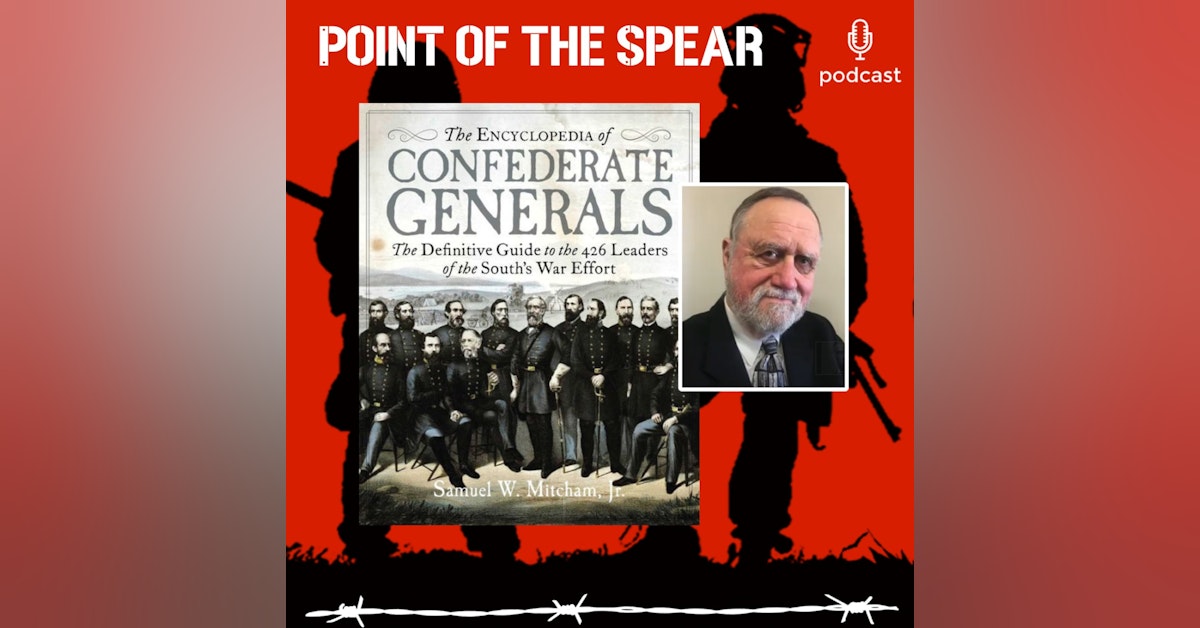 Join Robert Child for a conversation with author Dr. Samuel Mitcham. Dr. Mitcham is a military historian who's written extensively on the Civil War South. A U.S. Army helicopter pilot in the Vietnam War and a Command and General Staff College graduate, he remained active in the reserves, qualifying through the rank of Major General. He's also a former visiting professor at the U.S. Military Academy, West Point, and has appeared on the History Channel, CBS, NPR, and the BBC. His book is called The Encyclopedia of Confederate Generals: The Definitive Guide to the 426 Leaders of the South's War Effort.