Is Spirituality a Lifestyle? A Conversation with Jenine Kenna (Episode #64) 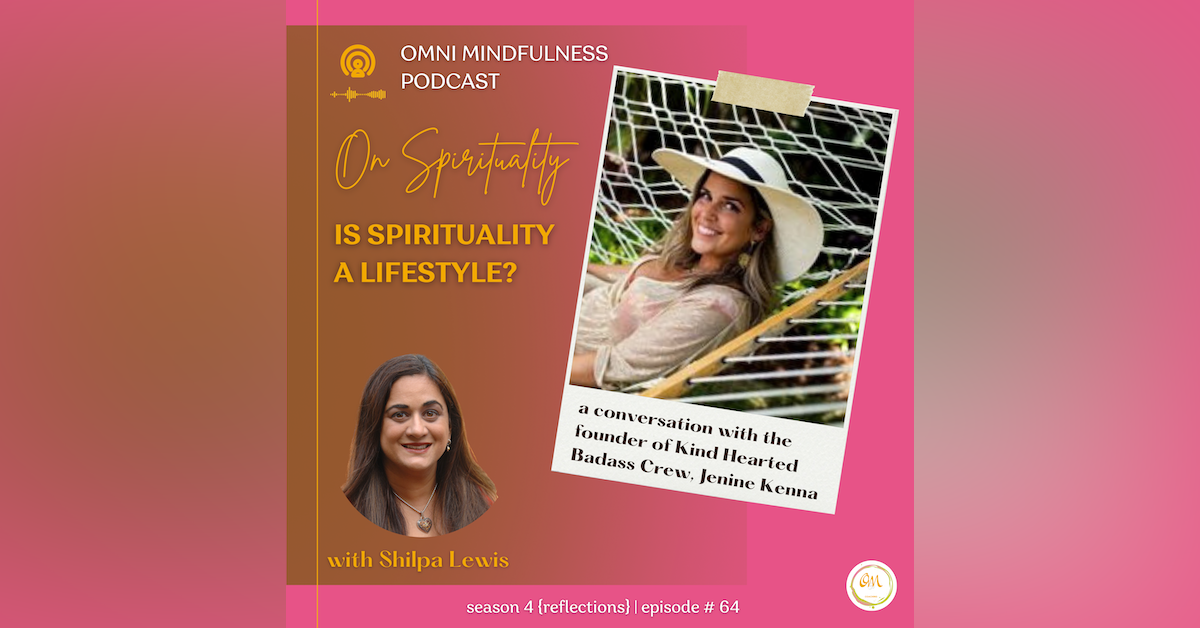 She is a rebel with a cause, and I feel so lucky to have our conversation on a topic we both feel so passionate about.

A little bit about Jenine…

Jenine graduated from Rutgers School of Law in 2015, where she served as the Senior Articles Editor, and was published in, The Rutgers Women's Rights Law Reporter.

Jenine lives on the Florida Gulf Coast with her husband, their 2 kids, and 2 cats. You'll find Jenine on the beach, at Disney, or practicing some hot yoga. Jenine hosts The Kindhearted Badass Show, is the Co-Founder of Kindhearted Badass, and is a Life Coach certified in Neurolinguistic Programming.

Jenine is a true Kindhearted Badass, and she is a champion of women, especially mothers.

A consummate cheerleader, she’s driven to show the rest of us our potential, and encourage us to fight for our own personal “more”.