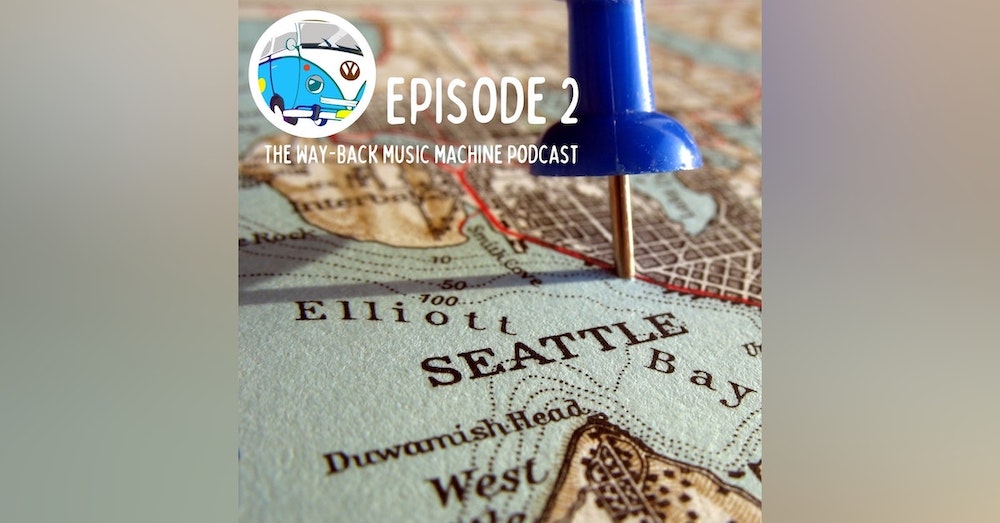 Each generation has their own date that people will always remember...where were you you when...

For example, for some it is November 23, 1963, for people of my generation it was December 8, 1980...for others it was April 8, 1994. That was the day Cobain was found, apparently with a self-inflected gunshot wound to the head. He was dead, and with him a whole generation mourned the perceived leader of the grunge movement. If not the leader, certainly the most famous. Whether it be due to his incredible writing and playing with Nirvana, or the stories of him and Courtney Love, his wife, or his recent overdose in Paris, Cobain was famous, and the fame did not, in the end, save him. On episode two of The Way-Back Music Machine we look back at 1994 and discuss Cobain and his life, contributions to the music world, and sadly his death. We travel all the way to the Seattle area, home of some damn fine coffee (and pie), a famous fish market, an underground city and Sub Pop Records, the home of grunge...while it lasted.

Then we set our course to New York City to visit the offices of Billboard Magazine, a magazine that is cover to cover charts. On April 5, 1964 The Beatles held down the top five singles on the top 100...a feat that has never been duplicated nor ever will. Chart calcuations were different until streaming. Before charts took steaming into account, a top ten or number one record meant that people went to a physical store, bought a copy and took it home, they didn't just have to hit a button. But I digress. The Beatles were the dominant force in music in the 1960s (still are, they have the largest selling album this century, and for the last two years in a row the number one selling vinyl album in the world). We visit New York and talk about Billboard and even the first seven inch single made.

All that and more on Episode two of The Way-back Music Machine.