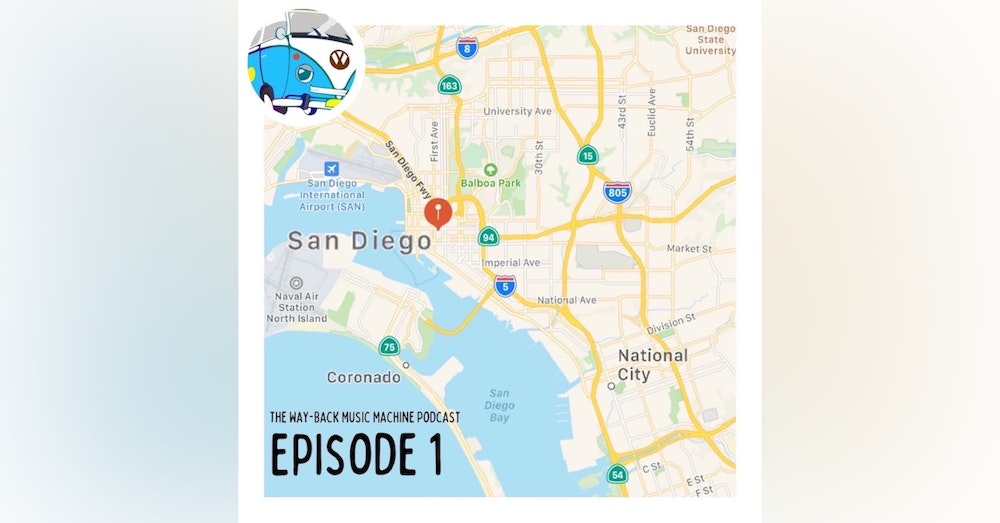 Tony Stuart and I embark on our first journey in The Way-Back Music Machine. The van is tuned up and ready for the road trip. We are going back in time and travelling to sunny California.

Our first stop is San Diego to the USS Hancock, where Elvis Presley is getting ready to perform for the national TV show The Milton Berle Show. Television was in its infancy, but Milton Berle was already a star, and had became known as Mr. Television. Uncle Miltie had Presley perform a few songs and exchanged some awkward banter with the TV host. It is said that one in four Americans watched the broadcast.

Then we are off to Hawthorne, California with a stop at The Beach Boys studio where they are putting the finishing touches on their classic "I Get Around". The Beach Boys were already huge successes and one of the few American bands to survive 1964's British Invasion, led by four loveable moptops from Liverpool.

Bernard Frazer, of the brilliant Church of Trees and his own Essence of Cool Podcast is our hitchhiker this week and we have a lot of fun talking with him.

Finally Tony gets to hear a little of 'what the kids are listening to', and his reaction is quite priceless.

That is all in Episode 1 of The Way-Back Music Machine Podcast.

Listen to the Spotify playlist for this episode!