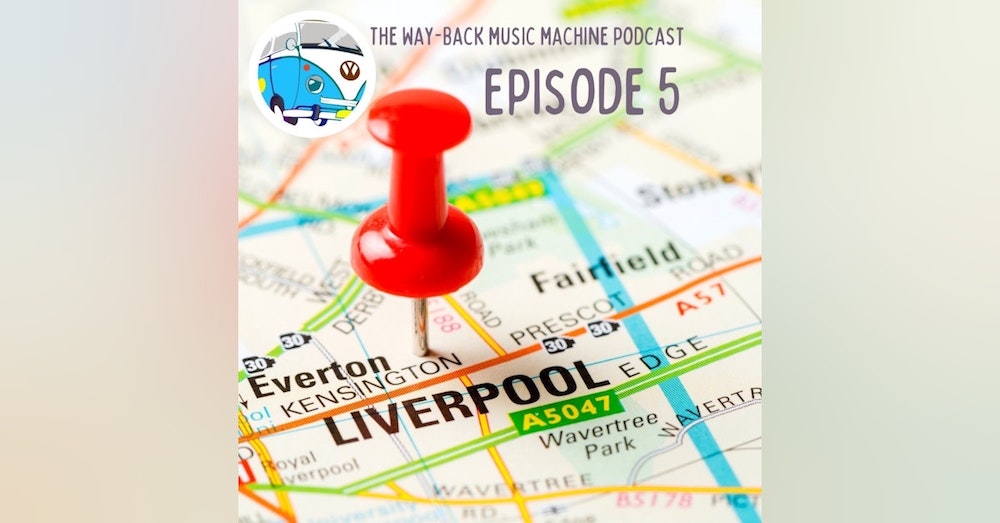 Tony Stuart and I are stranded in the U.K, with The Way-Back Music Machine. But once we get it up and running with some old fashioned leaded gas, we check out soe sights and sounds before we head back to Canada.

First up, we visit John Lennon's childhood home in Mendips, in Liverpool, where he was raised by his Aunt Mimi. It is now part of The National Trust, and fans can tour the home to get a glimpse of the very young John Lennon. Some of Lennon's fans are famous and in 2009 a certain famous artist paid a visit, and his respects while not being recognized by the rest of the tour group, in 2009. He even writes a song, a tribute to John Lennon, later in his career.

Then we zip back to 1960 when The Everly Brothers topped the U.K. charts with their biggest hit, "Cathy's Clown". This would be their first release on the Warner Brothers label, and what an impressive debut. They also launched a tour of the U.K. with The Crickets as a back-up band.

They we go for a trip in 1967 for the 14 Hour Technicolour Dream at the Alexandra Palace in London. Pink Floyd, The Move, The Crazy World of Arthur Brown, Soft Machine and an artist, Yoko Ono. John Lennon, hearing about it on the news, made his way there and can be seen in the documentary about the event, "Tonite, Let's All Make Love In London".

All that, some chart talk, and Tony's feeling about a new number one.

Come for a trip with The Way-Back Music Machine!

Check out the Spotify playlist that goes with this episode!