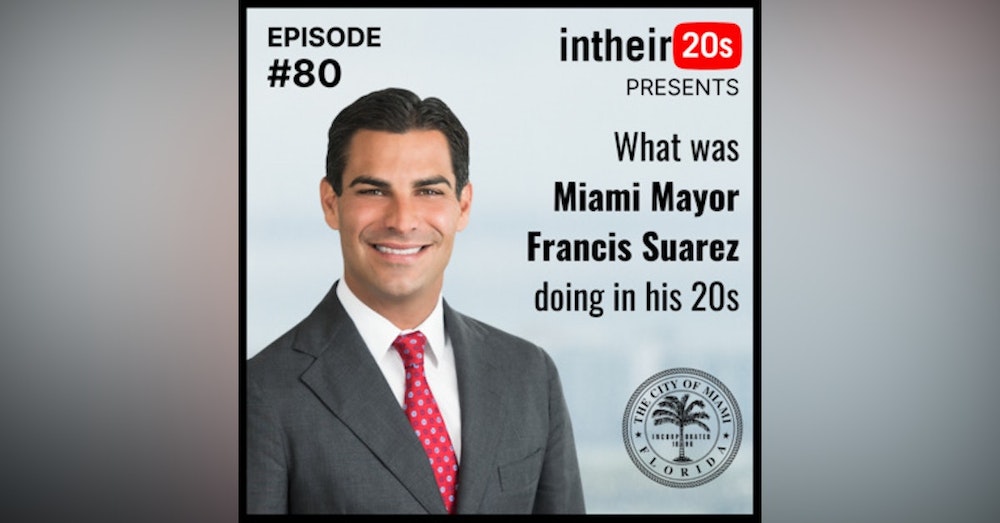 Mayor Francis Suarez is the 43rd Mayor of Miami in Florida. He assumed office in 2017 and is also the first Miami-born Mayor in the city in over 125 years. Suarez was recently elected to serve as the President of the U.S. Conference of Mayors.

Mayor Suarez is most known for his vision to make Miami a top Crypto, VC, and startup hub in the U.S. Accomplishments under his leadership include: Miami becoming #1 in the country in tech-job grow; Miami voted the healthiest city in America 3 years in a row; and Miami growing 200% in venture capital deals.

We spoke about lessons from the Mayor's 20s; why he's so bullish on crypto; and his pitch for twenty-somethings interested in moving to his city.