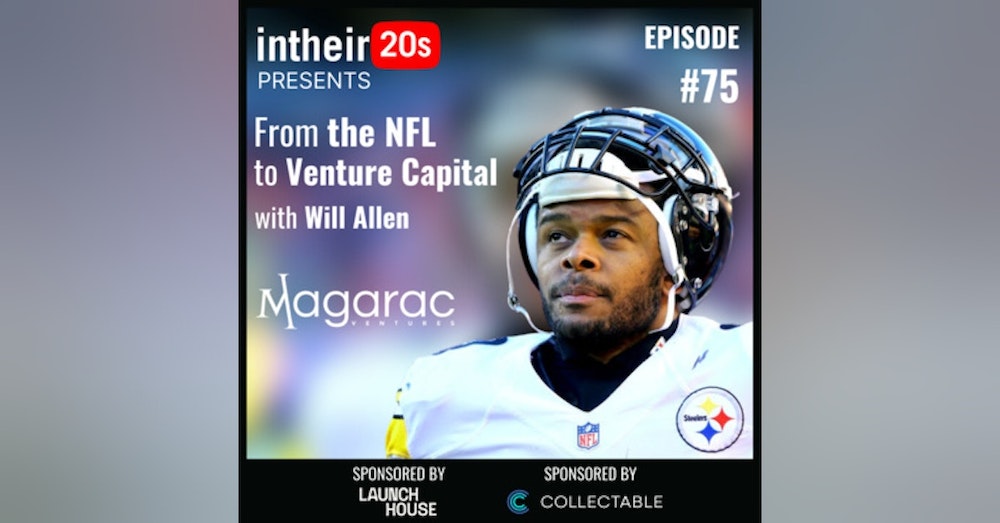 Will Allen is a former NFL safety turned prominent venture capitalist. He was drafted to the NFL in 2004 and played for the Cowboys, Buccaneers, and Steelers, where he served as the team co-captain. In total, he had a 12 year playing career. He’s now the Managing Director and Co-Founder of Magarac Ventures Partners, an early stage VC firm based in Pittsburgh that invests in the Mid-West’s best companies.

Today's episode is sponsored by Launch House and Collectable.

If you’re a founder you should be part of Launch House. Launch House is an exclusive community of 300+ founders that offers fundraising support, partnerships with top creators, and thousands of dollars in SaaS discounts to help members build their companies. Founding a company can be a lonely endeavor. Launch House gives access to community and capital that can make going from 0-1 easier than ever before. Apply for an upcoming cohort at www.launchhouse.co

Collectable is #1 fractional investment platform for sports. They make the top end of the market accessible to all by creating affordable opportunities for buying and trading shares of iconic blue chip trading cards and sports memorabilia. Purchase shares in people like Michael Jordan and Tom Brady at www.Collectable.com