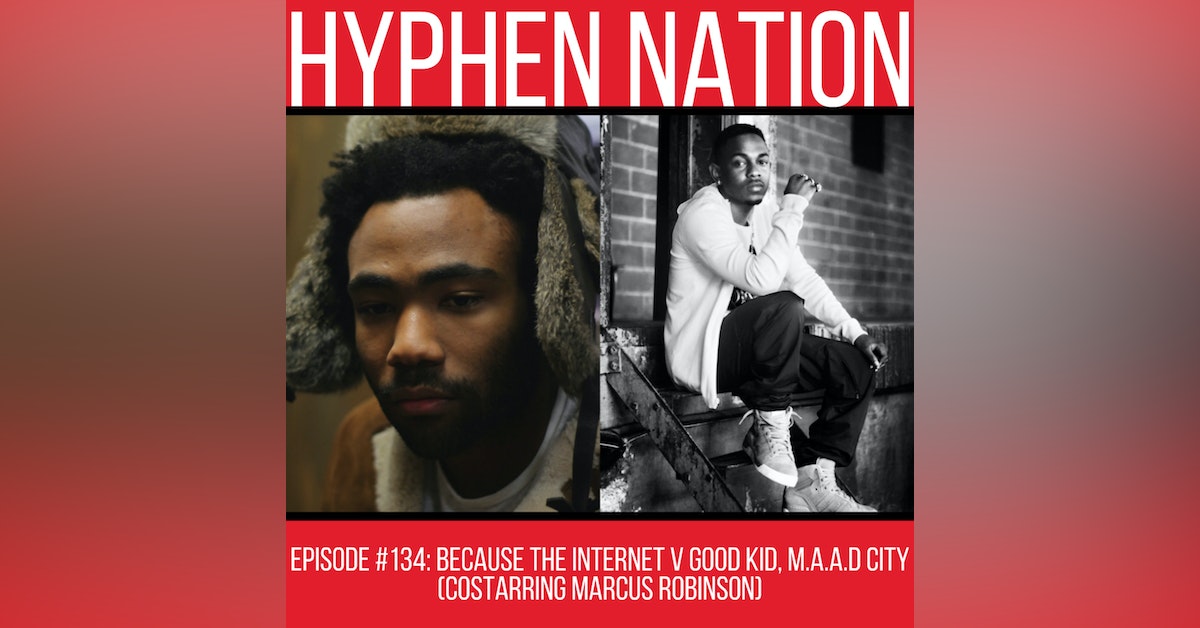 On this episode of THE BARACK OBAMA APPROVED WORLD'S GREATEST PODCAST:

Previously on It's Like A Podcast Or Whatever: It's episode 96 on the road to 100 and it's a doozy. This time, Handsome Bane called in the Boss of the Hyphen Podcast Group, B. Hyphen himself along with his semi regular co-host and CFO of the HPG, THE Marc Rob(inson). The two of them have been tasked with the Herculean job of answering one question; Which album is better, Childish Gambino's "Because the Internet" or Kendrick Lamar's "Good Kid, Mad City". But rather than take each song from the two projects, they decide to take the top 5 MOMENTS from each and weigh them against one another. Will the music be all that matters? Or will sequencing, storyline or even marketing be the deciding factor? In the end, you will be asked to listen to each case and make a subjective and informed decision. Put your thinking caps on because it doubles as a swim cap as we take this deep dive into two albums that set the bar really high in the early 2010s. Love trust and belief!

This episode was brought to you by how awful I am at FanDuel.