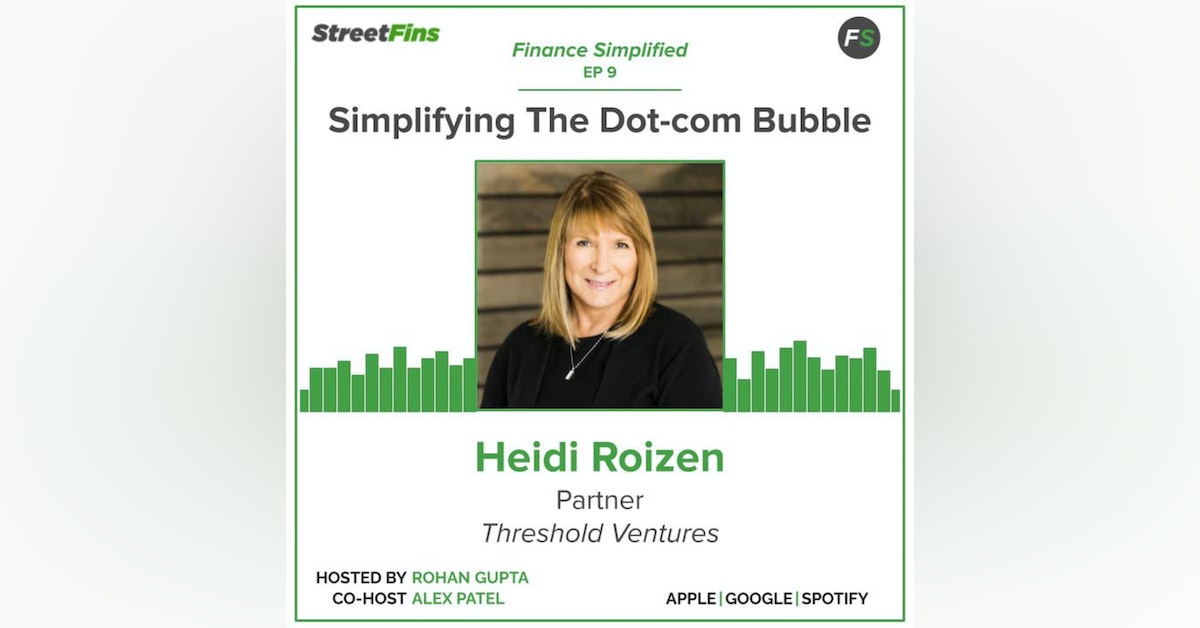 In this episode, my co-host Alex Patel and I talk to Heidi Roizen of Threshold Ventures about the dot-com bubble. We delve into topics like the irrational exuberance, evangelism, the history of innovation, entrepreneurship, and much more!

Check out the episode to learn about the dot-com bubble in a simplified way!

Heidi Roizen is a veteran venture capitalist and partner at Threshold Ventures as well as a corporate director. She is on the boards of directors of Zoox, Planet, Polarr, Memphis Meats, DMGT, and Invitation Homes. She co-founded T/Maker, where she served as CEO for over a decade through its acquisition by Deluxe Corporate in 1994. Next, she joined Apple as VP of Worldwide Developer Relations, and from there, Mobius Venture Capital. She's been named to the Corporate Board Member's "Top 50 Women in Tech" list and Hot Topics' Top 100 Women in Tech. In 2018, Heidi was named the Financial Woman of the Year by the Financial Women of San Francisco. She has also earned the Forum for Women Entrepreneurs and Executives Annual Achievement Award, among other accolades. Heidi currently holds two leadership positions at Stanford University. She co-leads the Threshold Venture Fellows in the Management Science and Engineering department at Stanford. Additionally, she is also a member of the advisory council of Stanford’s Institute for Human-Centered Artificial Intelligence. She earned both her undergraduate degree and MBA from Stanford University.