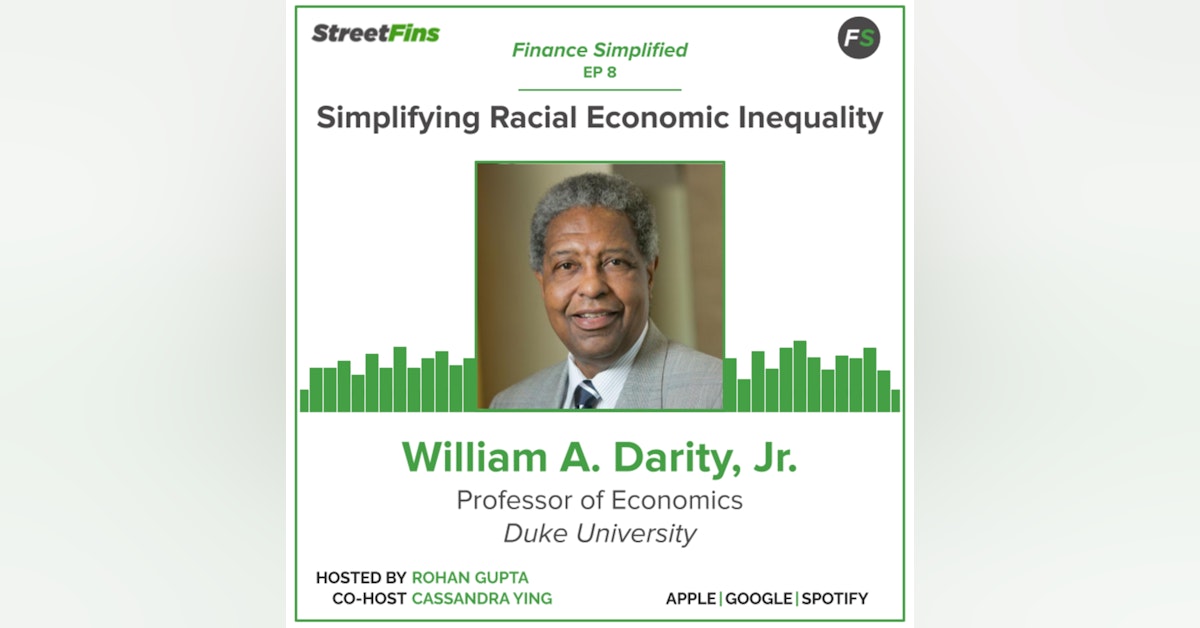 In this episode, my co-host Cassandra Ying (first one!) and I talk to William “Sandy” Darity Jr. of Duke University about racial economic inequality. We delve into topics like the history of discrimination, present economic inequalities, reparations as a solution, much more!

Check out the episode to learn about the timely topic of racial economic inequality in a simplified way!

William “Sandy” Darity Jr. is the Samuel DuBois Cook Professor of Public Policy, African and African American Studies, and Economics and the director of the Samuel DuBois Cook Center on Social Equity at Duke University. He’s known for his work in economics, specifically on the topics of inequality by race, class, and ethnicity, stratification economics, the history of economics, the African diaspora, reparations, and racial achievement gaps. He received the Samuel Z. Westerfield Award in 2012 from the National Economic Association, the organization’s highest honor. He, along with his wife A. Kirsten Mullen, is the author of From Here to Equality: Reparations for Black Americans in the 21st Century, which is linked below. Sandy received his undergraduate degree in economics from Brown University and his Ph.D. in economics from MIT.