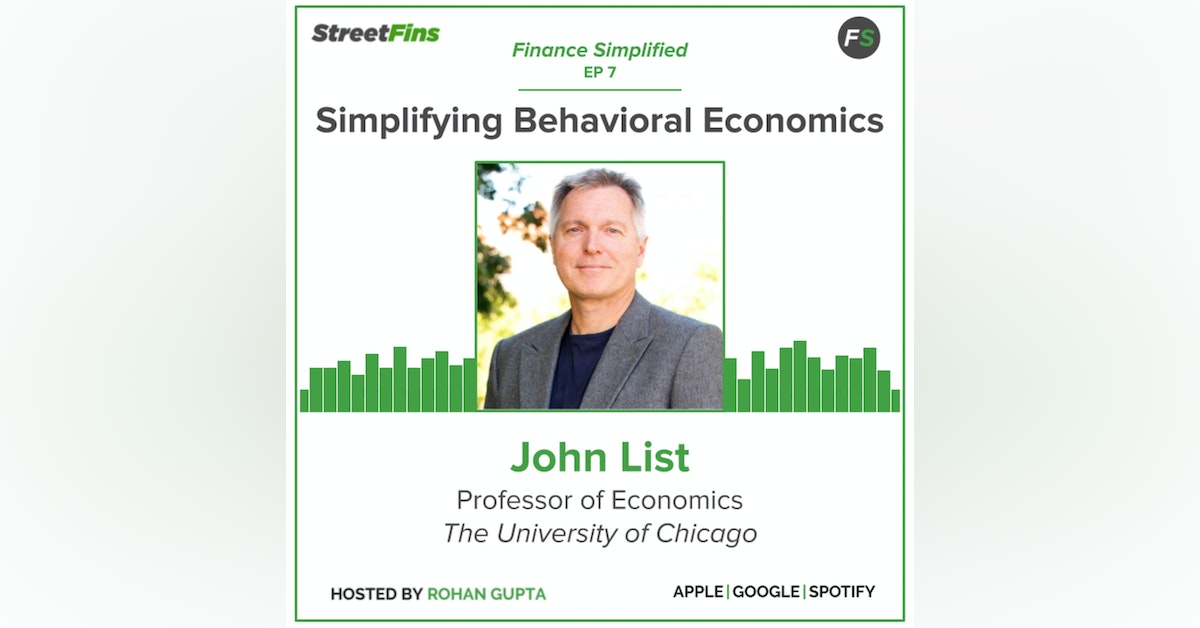 In this episode, I talk to John List of The University of Chicago about behavioral economics. We delve into topics like irrational behavior, field experiments, differences from traditional economics, and more!

Check out the episode to learn about behavioral economics in a simplified way!

John List is the Kenneth C. Griffin Distinguished Service Professor in Economics and the University of Chicago, where he’s been since 2004. He’s known for his work in behavioral economics, experimental economics, environmental economics, policymaking, behavioral finance, and much more. He’s been teaching economics since 1996 and is the recipient of many awards in economics, such as the Arrow Prize for Senior Economists (2008) and the Kenneth Galbraith Award (2010) and many others. In addition, his economic expertise is not just limited to academia as he ventured into the land of startups by being hired by Uber and then by Lyft to be their Chief Economist. He is the author of The Why Axis: Hidden Motives and the Undiscovered Economics of Everyday Life, which is linked below. John received his undergraduate degree in economics at the University of Wisconsin-Stevens Point and his Ph.D. in economics at the University of Wyoming.