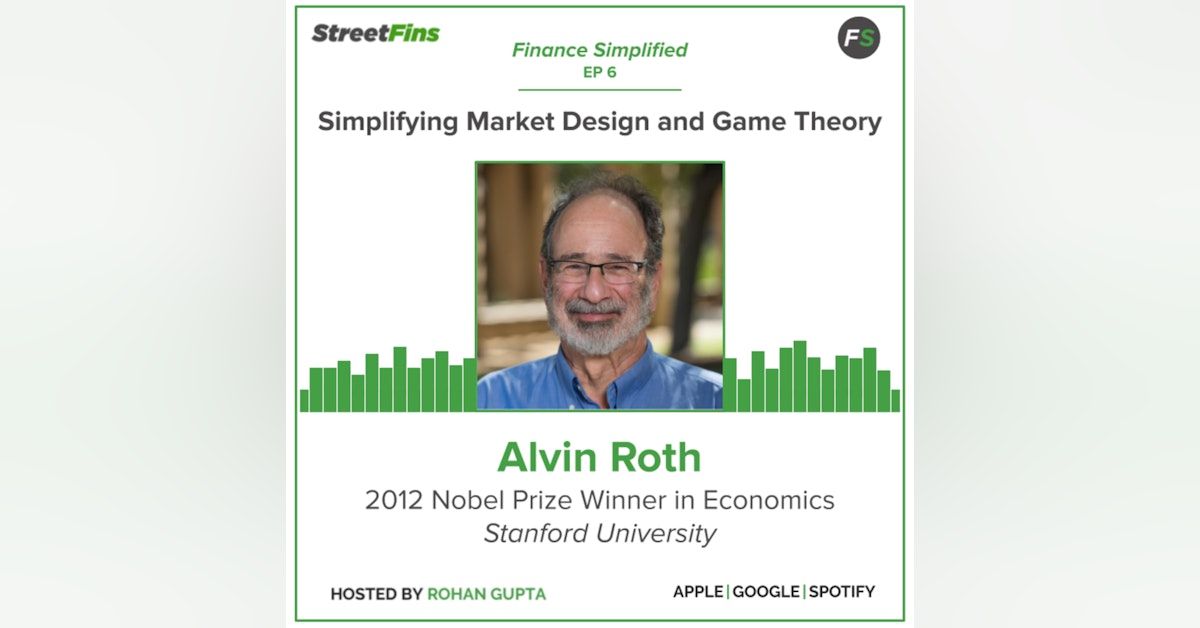 In this episode, I talk to Alvin Roth of Stanford University about market design and game theory. We delve into topics like market structures, market failures, game theory applications, and more!

Check out the episode to learn about market design and game theory in a simplified way!

Alvin Roth is the Craig and Susan McCaw Professor of Economics at Stanford University. He specializes in market design, game theory, and behavioral and experimental economics. In addition to being a professor, he was the President of the American Economics Association in 2017. In 2012, he won the Nobel Memorial Prize in Economic Sciences jointly with Lloyd Shapley for the theory of stable allocations and the practice of market design. Before teaching at Stanford, Alvin taught economics at Harvard, where he now holds emeritus status. He is the author of Who Gets What and Why, which is linked below. Alvin received his undergraduate degree from Columbia University in Operations Research and both his master’s and doctorate degrees from Stanford, both in Operations Research.