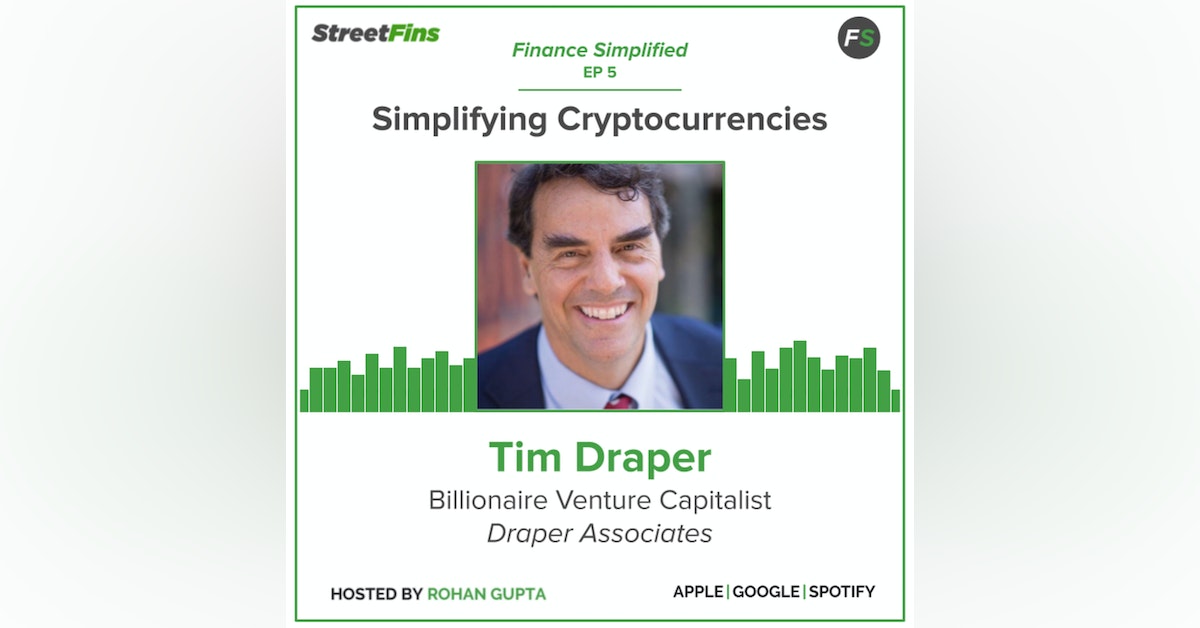 In this episode, I talk to Tim Draper of Draper Associates about cryptocurrencies. We delve into topics like Tim’s background, the history of cryptocurrencies, the blockchain, smart contracts, and more!

Check out the episode to learn about cryptocurrencies in a simplified way!

Tim Draper is the billionaire founder and managing partner of Draper Associates, a venture capital firm based in Silicon Valley. Tim also co-founded DFJ (now Threshold Ventures) in 1985 as well as the Draper Venture Network, a global network of venture capital funds. He has funded the likes of Coinbase, Tesla, Skype, SpaceX, Twitch, Hotmail, Robinhood, and more. Ever since winning the Bitcoin US Marshall’s auction in 2014, Tim has been a supporter and a leading spokesperson for cryptocurrencies. Tim has authored a book on entrepreneurship called How to be The Startup Hero: A Guide and Textbook for Entrepreneurs and Aspiring Entrepreneurs. Tim majored in electrical engineering at Stanford and received an MBA from the Harvard Business School.