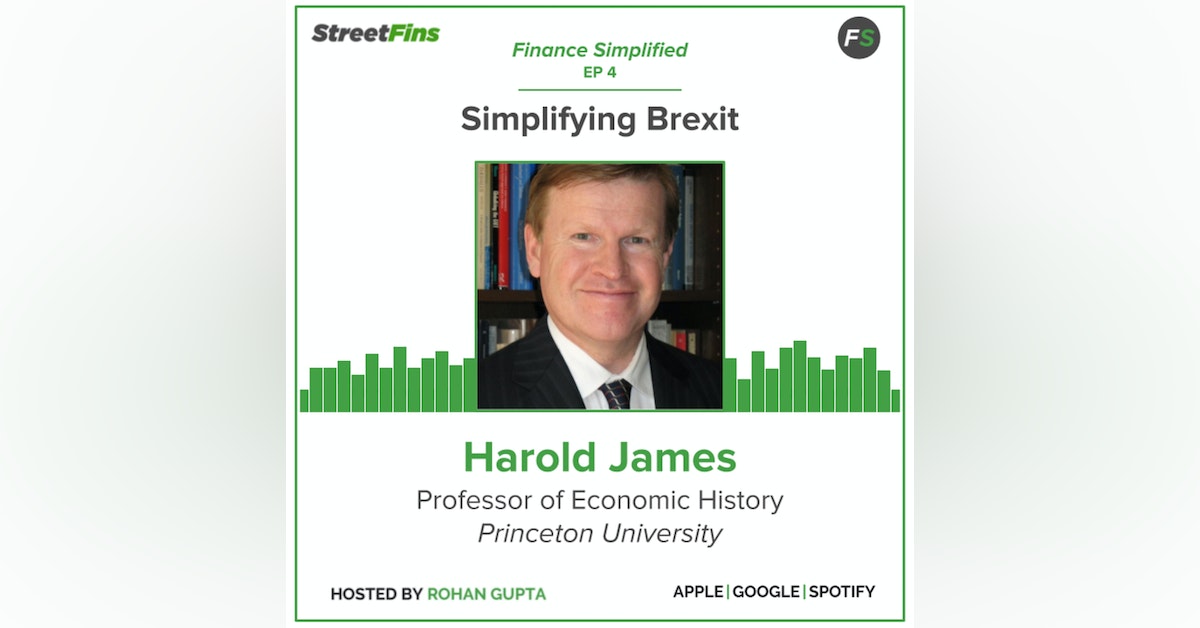 In this episode, I talk to Dr. Harold James of Princeton University about Brexit. We delve into topics like trade deals, currency movements, the future of Britain, and much more!

Check out the episode to learn about Brexit in a simplified way!

Harold James is the Claude and Lore Kelly Professor in European Studies, the Professor of History and International Affairs, and the Director of the Program in Contemporary European Politics and Society at Princeton University and the university’s Woodrow Wilson School of Public and International Affairs. He studies economic and financial history and modern European history. In addition to being a professor, he used to be a fellow at Cambridge University’s prestigious Peterhouse College.  He also has won the Helmut Schmidt Prize for Economic History, and the Ludwig Erhard Prize for writing about economics.  He has written several books on economics and, in particular, European economics, which are linked below.  Harold received both his undergraduate degree and Ph.D. from Cambridge University.