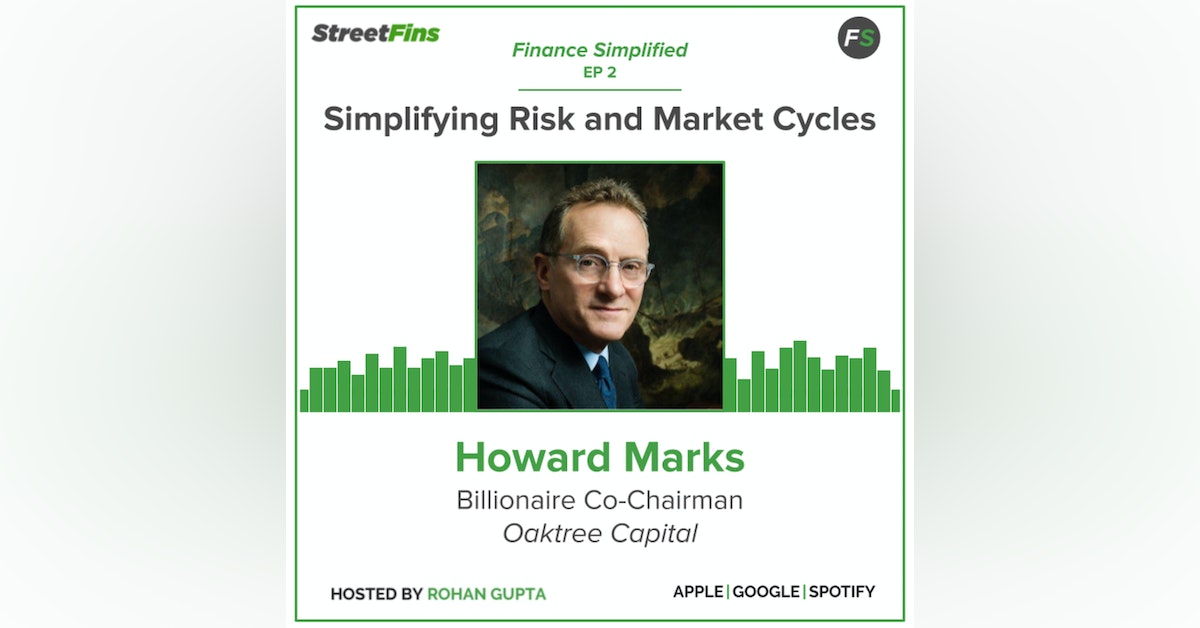 Check out the episode to learn about risk and market cycles in a simplified way!

Howard Marks, who is worth $2.2 Billion, is a co-founder and co-chairman at Oaktree Capital. Oaktree Capital is the world’s largest distressed securities investor and manages over $120 Billion. Howard co-founded Oaktree Capital in 1995, and before doing so, he worked at the TCW Group.  He has authored two best-sellers on investing: The Most Important Thing: Uncommon Sense for the Thoughtful Investor and, most recently, Mastering the Market Cycle: Getting the Odds on Your Side.  Warren Buffett, arguably the greatest investor of all-time, praised Howard Marks for his memos, saying, “When I see memos from Howard Marks in my mail, they’re the first thing I open and read. I always learn something.”  Howard majored in finance at Wharton and received his MBA from the Booth School of Business at the University of Chicago.

Howard’s memos are legendary for their simplicity and insight. As a result, I highly recommend checking them out!

Confused about something? Check out some StreetFins articles relating to topics mentioned in the episode: