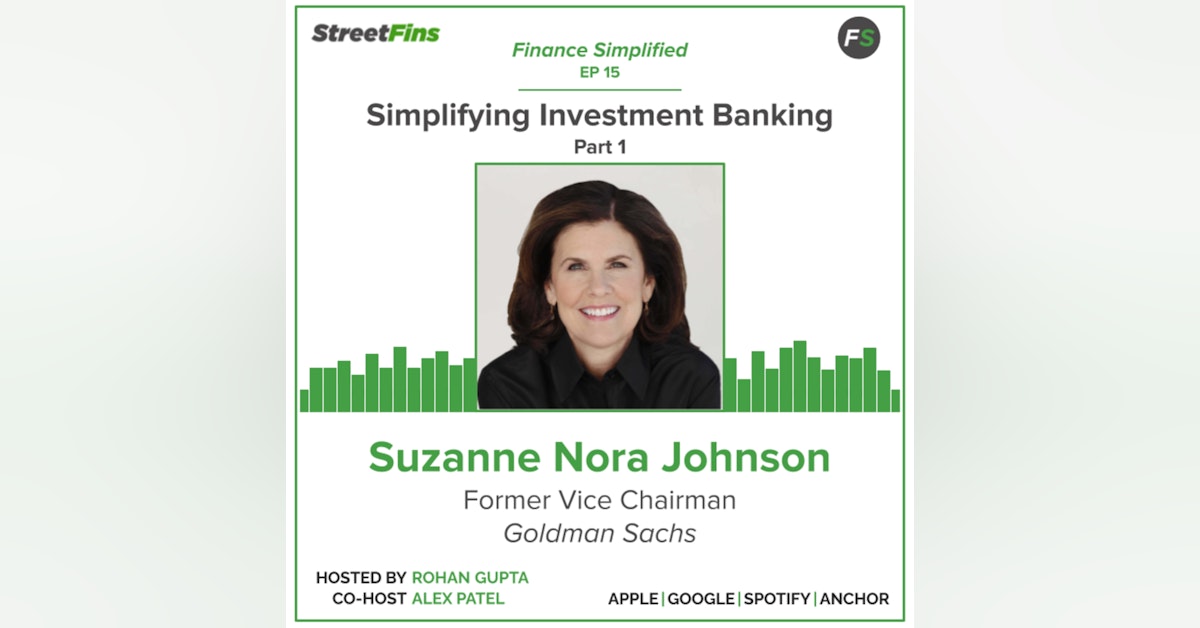 Check out the episode to learn about investment banking in a simplified way!

Suzanne Nora Johnson is the former vice chairman of Goldman Sachs and currently on the board of various companies. Suzanne started working at Goldman Sachs in 1985 after having worked as a lawyer for several years. She became a partner at Goldman Sachs in 1992, eventually becoming the vice chairman, chair of the Global Markets Institute, and head of the firm’s Global Investment Research Division. She served as vice chairman until 2007, and now serves on the boards of several companies, including but not limited to Visa and Pfizer, as well as several nonprofit institutions, including the Brookings Institution, USC, the Carnegie Institute for Science, and many more. In 2006, Forbes ranked Suzanne as one of “The World’s 100 Most Powerful Women.” Suzanne earned her bachelors from USC and her JD from Harvard Law School.

If you enjoy listening to our episodes and are learning, then we’d be eternally grateful if you gave us a 5-star rating on Apple Podcasts!

We always love to hear from our listeners! If you have any feedback for us, we’d love to know! Fill out this 1-2 minute long feedback form to tell us what all you like and what we could do better in future episodes: https://docs.google.com/forms/d/e/1FAIpQLSdhJH8BU7955FuhEXhR40BjsgGP0ZnkT1lmsbAEhf8NB1xIMA/viewform