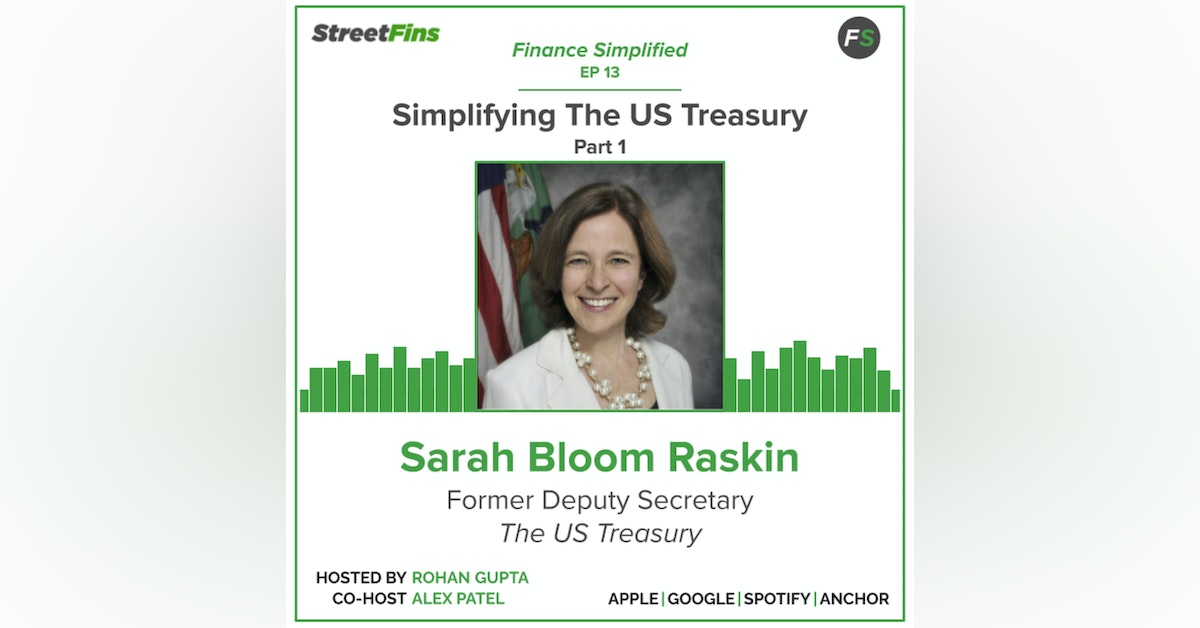 In this episode, my co-host Alex Patel and I talk to Sarah Bloom Raskin, the former Deputy Secretary of The US Treasury, about the US Treasury and its role in finance and the economy. We delve into topics like the history and departments of the Treasury, the role of US Treasuries domestically and internationally, how the Treasury manages the economy, and much more!

Check out the episode to learn about the US Treasury in a simplified way!

Sarah Bloom Raskin is the former deputy secretary of the U.S. Department of the Treasury and currently is a visiting professor of the practice of law at Duke University. She is a distinguished fellow of Duke Law School’s Global Financial Markets Center, and a senior fellow of the Duke Center on Risk in 2020 after serving as a Rubenstein Fellow at Duke University since 2018. As the second-in-command at Treasury, Sarah oversaw the various agencies of the entire Department and promoted innovative policy solutions to advance prosperity, fairness and resiliency throughout the American economy. Prior to her service at Treasury, Sarah was a governor of the Federal Reserve Board from 2010 to 2014. At the Federal Reserve, she conducted the nation’s monetary policy as a member of the Federal Open Market Committee, regulated banks, monitored threats to the nation’s financial stability, and oversaw the nation’s payments systems. Sarah received her BA in economics from Amherst College, and she received her JD from Harvard Law School.