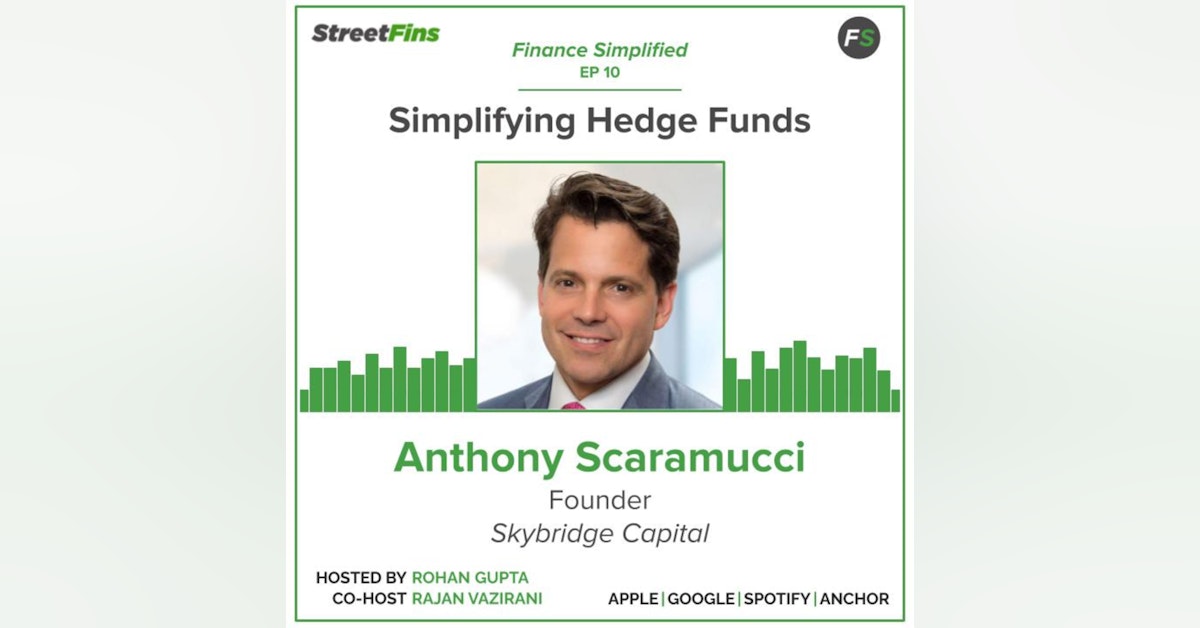 In this episode, my co-host Rajan Vazirani and I talk to Anthony Scaramucci, founder of Skybridge Capital, about hedge funds. We delve into topics like the history of the hedge fund industry, hedge fund basics, hedge fund careers, coming back from failure, and much more!

Check out the episode to learn about hedge funds in a simplified way!

Anthony Scaramucci is an American hedge fund manager, founder, and co-managing partner of Skybridge Capital. Prior to founding SkyBridge in 2005, Mr. Scaramucci co-founded Oscar Capital Management, which was sold to Neuberger Berman in 2001. Earlier, he was a vice president at Goldman Sachs. In 2016, he was ranked #85 in Worth Magazine’s 100 Most Powerful People in Global Finance. He is vice chair of the Kennedy Center Corporate Fund Board, a board member of both The Brain Tumor Foundation, and a Trustee of the US Olympic & Paralympic Foundation. He served as the White House Communications Director for a period in July 2017. He earned his undergraduate degree from Tufts University and a JD from Harvard Law School.

Here are some of the books that Anthony has written or recommends: