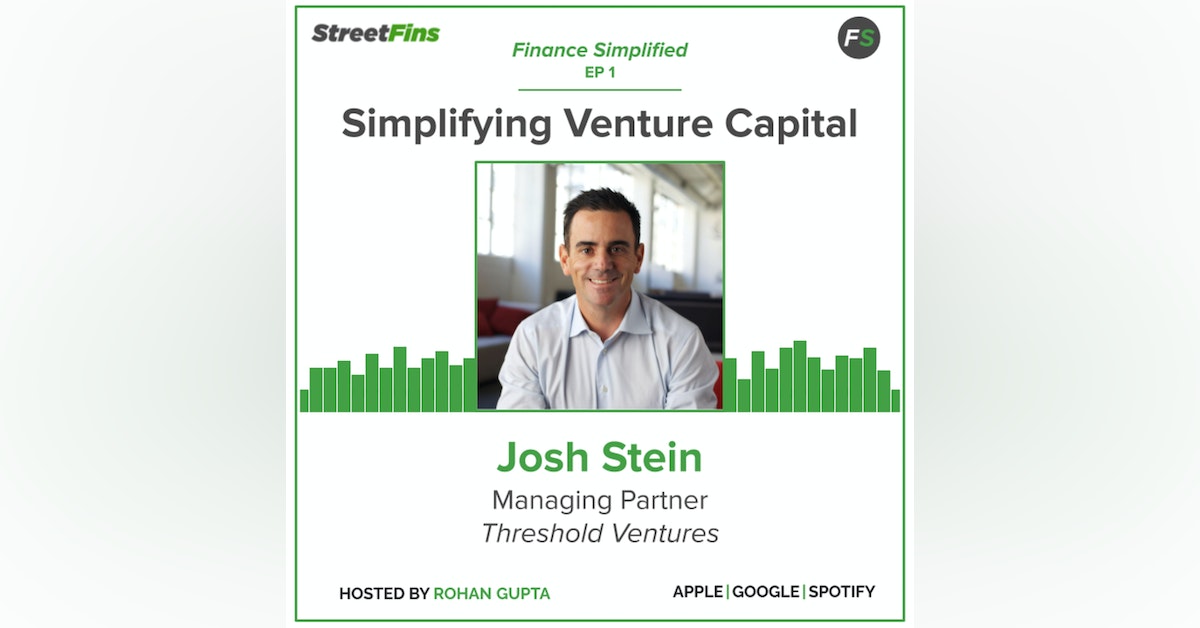 In this episode, I talk to Josh Stein of Threshold Ventures about venture capital and how it works. We delve into topics like funding rounds, growth investing, important metrics, Josh’s biggest lessons, and much more!

Check out the episode to learn about venture capital in a simplified way!

Josh Stein is a managing partner at Threshold Ventures, one of Silicon Valley’s most impressive and successful venture capital firms.  He has been a VC since 2004 and has invested in the likes of Box, Redfin, Front, Twilio, AngelList, and so many more!  Prior to Threshold, Josh was a co-founder, director, and chief strategy officer at ViaFone. Josh holds a BS from Dartmouth and an MBA from Stanford.  He is also a graduate of the prestigious Kauffman Fellows Program. Josh also made the Forbes Midas List, which is a ranking of the 100 best venture capitalists in the world, three times, in a row, from 2013 to 2015.

Confused about something? Check out some StreetFins articles relating to topics mentioned in the episode: