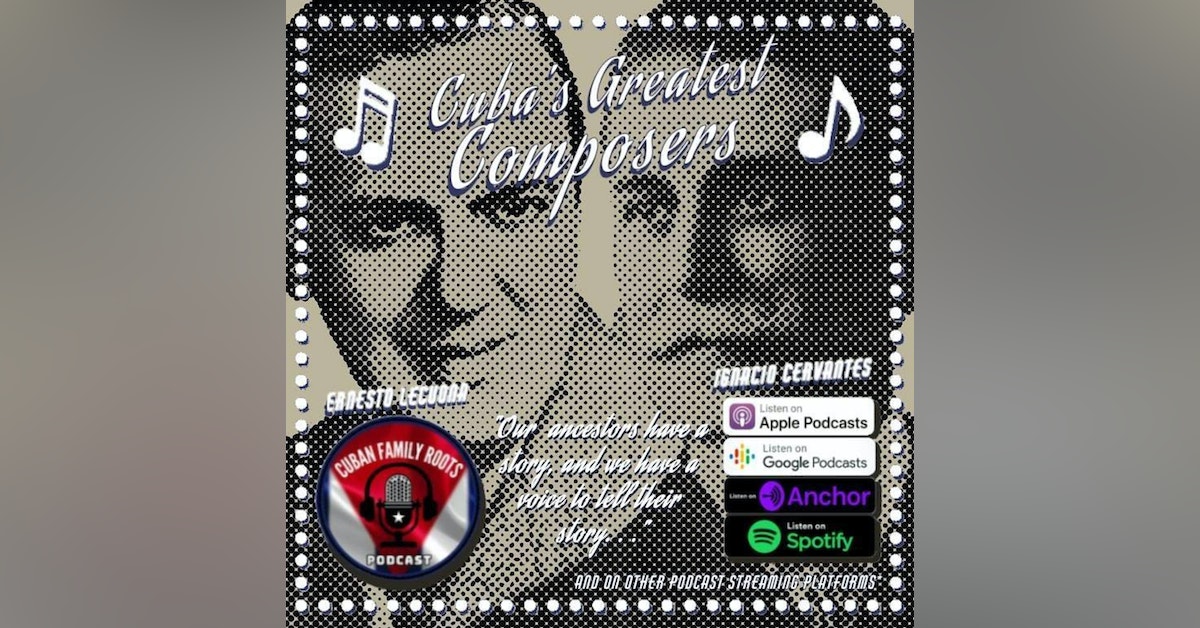 It is obvious that the first popular music played in Cuba after the Spanish conquest was brought by the Spanish conquerors themselves, and was most likely borrowed from the Spanish popular music in vogue during the 16th century. Then at the end of the 18th century, the piano rapidly became one of the favorite instruments among the Cuban population. The best preserved are the African polytheistic religions, where, in Cuba at least, the instruments, the language, the chants, the dances and their interpretations are quite well preserved. Aside from the Spanish and African influence, Cuban music has been immensely influential in other countries. It contributed not only to the development of jazz and salsa, but also to the Argentine tango, Ghanaian high-life, West African Afrobeat, Dominican Bachata and Merengue, Colombian Cumbia and Spanish Nuevo flamenco. Today Chris and I discuss a few of Cuba's greatest Composers.

--- Send in a voice message: https://anchor.fm/aileen092/message