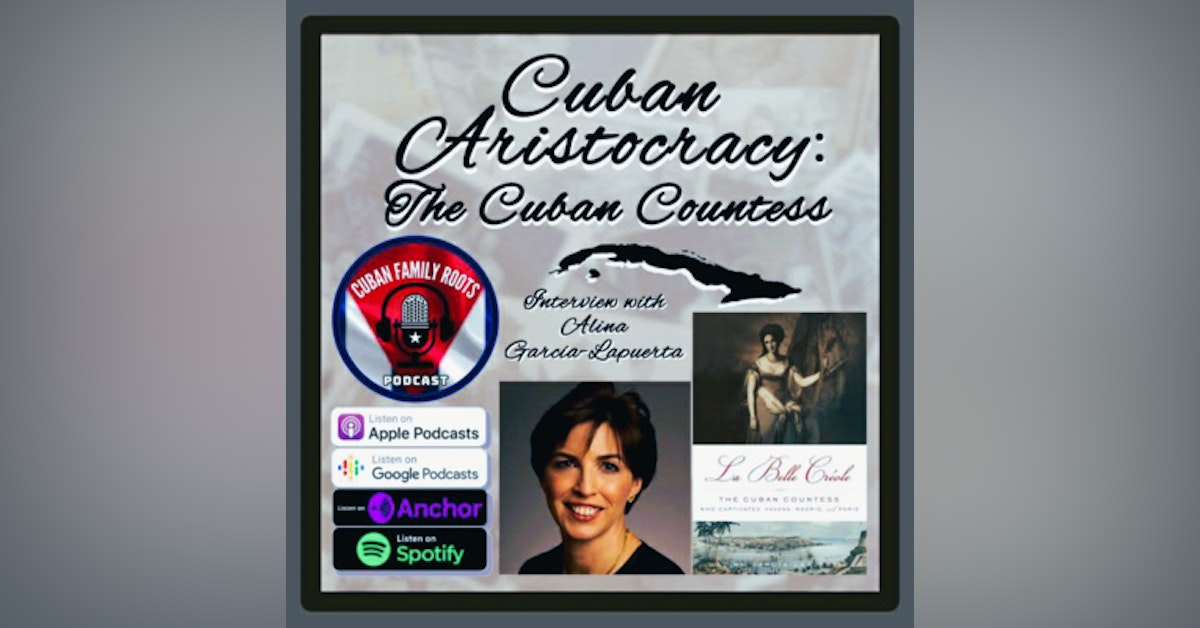 Season 2
March is Women's History Month. In this podcast episode we celebrate Women's History Month by celebrating our Cuban Countess, Maria Mercedes Santa Cruz y Montalvo, a woman larger than life which little is known or written about in our Cuban history. She was not only part of Cuban aristocracy, she was a singer and the first Cuban-woman writer of her time.  Mercedes' memoir and travel writings specifically, "Viaje a La Habana" introduces 19th century Cuban society to many Europeans. Of the many contributions, we discuss her influence behind the slavery debate. Imagine, a Cuban woman born in La Habana, rubbing shoulders with people as influential as Goya, Rossini, Balzac, and even European royalty at a time when women's roles were extremely limited. Alina Garcia LaPuerta author of this historical biography titled,  La Belle Creole. discusses how she hopes her book revives the life and contributions of this fascinating Cuban woman for this, and the next generation of Cuban-Americans  --- This episode is sponsored by · Anchor: The easiest way to make a podcast. https://anchor.fm/app --- Send in a voice message: https://anchor.fm/aileen092/message Support this podcast: https://anchor.fm/aileen092/support