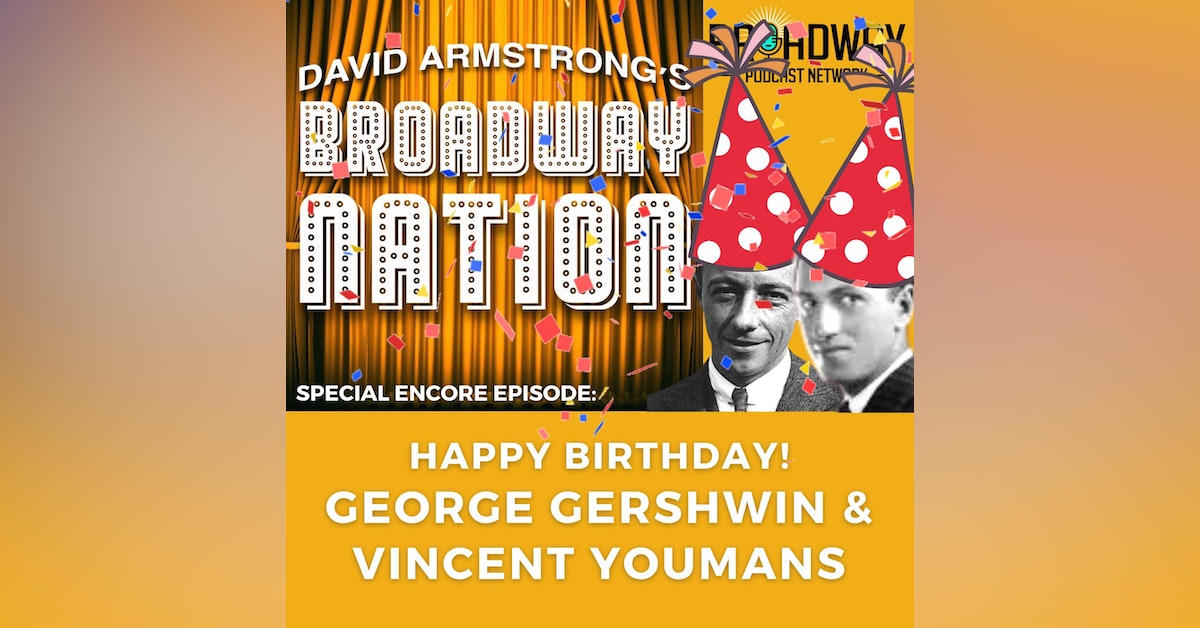 Both were born 124 years ago in 1898 and they came into the world just one day apart – Gershwin on September 26, and Youmans on September 27. And even though they were both born in NYC, they came from different worlds.

Gershwin’s parents were Russian-Jewish immigrants, and George grew up on the Lower East Side where his father worked in a shoe factory and George dropped put of school at 15 to go to work.

Youmans, however, was born into the lap of luxury – his father was a wealthy hat manufacturer, and Vincent grew up in Larchmont, NY, attended the exclusive Trinity School, and eventually Yale University.

But despite their differences, over the next 30 years their lives would often be intertwined. Both fell in love with music and show business, both began their careers as Tin Pan Alley song pluggers, and both served as rehearsal pianists on Broadway musicals that were composed by Victor Herbert.

Gershwin made his Broadway debut as a composer in 1918 and had his first hit song the following year with “Swanee”, which had lyrics by Irving Caesar. Their song became an absolute sensation when Al Jolson incorporated it into his hit show Sinbad.

Youmans had to wait until 1921 to make his Broadway debut with the musical Two Little Girls In Blue. Interestingly, the lyrics for that show were written by George’s older brother, Ira Gershwin.

Both Gershwin and Youmans achieved international fame and fortune on Broadway during the 1920s, creating hit shows and hit songs that still define the era. George archived his greatest successes when he finally teamed up with his brother, Ira. And Youmans biggest hits were created in collaboration with George’s early partner, Irving Caesar.

All of this took place during the first decade of what I call the “Silver Age of Broadway” – which is the focus of this episode.

Strangely, both composers would die young, way before their time -- Gershwin of a brain tumor in 1937, and Youmans of Tuberculosis a decade later.

This episode is dedicated to them and to all the amazing men and women who epitomized the Jazz Age on Broadway.