S2E9: Lessons from the C-Suite with Dorri McWhorter 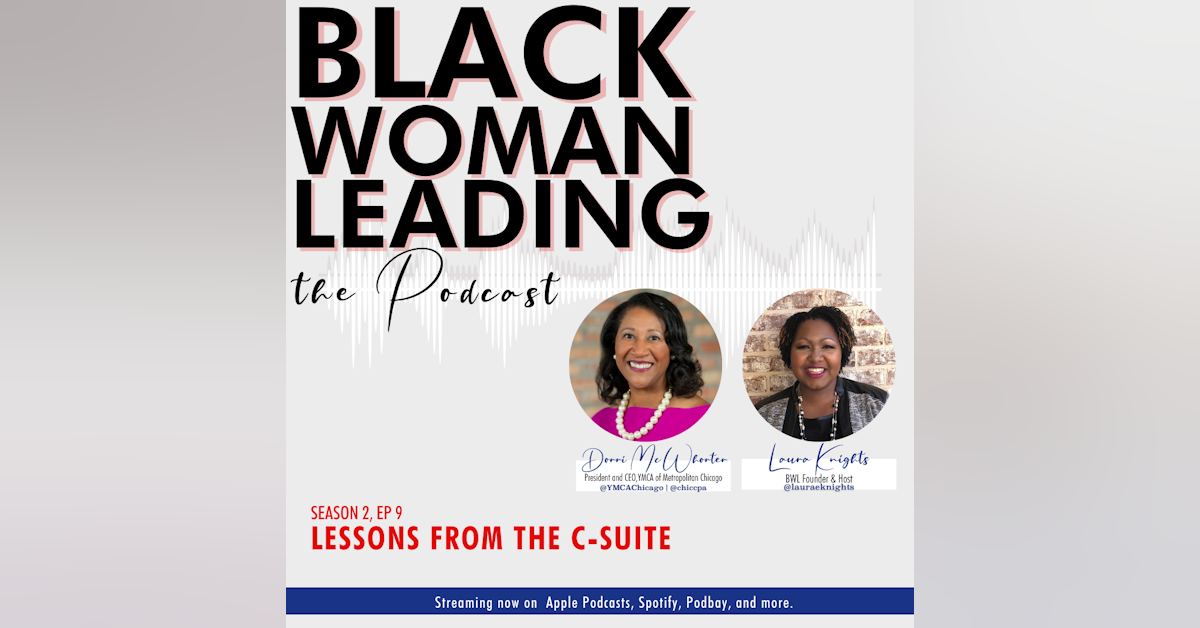 In this episode, we hear lessons from the C-Suite with Dorri McWhorter, President and CEO of YMCA of Metropolitan Chicago.  Dorri shares how both heart work and head work have been integrated in her leadership approach across various industries...

In this episode, we hear lessons from the C-Suite with Dorri McWhorter, President and CEO of YMCA of Metropolitan Chicago.

Dorri shares how both heart work and head work have been integrated in her leadership approach across various industries and roles throughout her career.  She gives a behind the scenes look of her day-to-day responsibilities as a CEO, and shares her approach and inspiration for creating and communicating the vision and strategy she sets for her organization.

We discuss the importance of having an intentional and compassionate people strategy to achieve organizational goals, and Dorri shares her insights on the current “great resignation” and future of work. The theme of tapping into your authenticity as a leader resonates throughout our discussion.  Listen in as Dorri shines bright as a Black Woman Leading role model for our community.

Dorri McWhorter became President and CEO of YMCA of Metropolitan Chicago in August 2021. Prior to joining the YMCA, Dorri served for 8 years as the CEO of YWCA Metropolitan Chicago transforming the organization from a traditional social service organization to 21st Century social enterprise. Increasing impact and organizational sustainability, YWCA Metropolitan Chicago’s operating budget grew from $10.5 million in 2013 to a $38 million operating budget for FY 2022. The organization has been an active contributor to many critical initiatives across the region, and under Dorri’s leadership, YWCA Metropolitan Chicago expanded its service footprint to 10 new locations, completed seven mergers and acquisitions, implemented paid family leave and developed a retirement plan to include retirement options for thousands of childcare providers and small business owners. Dorri led the effort to develop an exchange traded fund (ETF) for women’s empowerment (NYSE: WOMN) in partnership with Impact Shares, which is the first non-profit investment advisor to develop an ETF product. Dorri was included in the inaugural list of “The Blue Network”, comprised of the top 100 innovators in Chicago, by Chicago Tribune’s Blue Sky Innovation and recognized by Good City Chicago receiving its Innovative Leader Award. Dorri is a 2019 Inductee in the Chicago Innovation Hall of Fame.

Dorri prides herself on being a socially-conscious business leader and is committed to creating an inclusive marketplace by leveraging a cross-sector approach of engaging business, civic and community partners. Dorri has a breadth of professional experience across a variety of businesses and industries. She was a partner at Crowe Horwath, LLP, one of the largest accounting firms in the U.S.. She also held senior positions with Snap-on Incorporated and Booz Allen Hamilton. Dorri serves on the Board of Directors for Lifeway Foods, William Blair Funds and Skyway Concession Company (Chicago Skyway).

Dorri’s civic and philanthropic leadership includes the board of directors for the Chicago Center for Arts and Technology, 1871 (Technology Business Accelerator), Chicago Council on Global Affairs, Civic Consulting Alliance, Civic Federation, and Forefront. She is also a member of the Illinois Charitable Trust Board. Dorri received a bachelor of business administration degree from the University of Wisconsin-Madison, a master of business administration degree from Northwestern University’s Kellogg School of Management, and an honorary Doctor of Humane Letters from Lake Forest College.

Learn more about our consulting work with organizations at https://knightsconsultinggroup.com/

Listen and follow the podcast on all major platforms: